Iona and Issac both love the dolls house

Igor plays with the tank

The twins become children. Igor is family-oriented and Issac is a workaholic.

Irene tosses Iris in the air

Matthew and Igor have pillowfights

India plays with the dolls house

Iris enjoys playing in the toybox.

Ian and the triplets have their birthday. Ian is a daredevil. Iris is a Night Owl, India loves to swim and Iona is a kleptomaniac.

Matthew hires a butler to help around the house

The triplets becoming toddlers. India is clumsy and neurotic, Iona is Easily impressed and clumsy and Iris loves the heat and is neurotic.

Irene and Matthew work on the girls skills

Irene snuggles and chats with India

The twins are soon toddlers. Igor has blond hair and yellow eyes and Issac is a redhead with orange eyes.

Irene and Matthew work on the twins skills

Matthew does some cooking

The triplets are born, Meet India, Iona, and Iris and the house is full.

Igor plays with the dolls house

Igor plays with the rocket toy

and Ian uses the Xylophone

Soon Ian has his birthday and becomes a child. He is a genius

Irene does some cooking

Birthdays. Rashida becomes a Snob as a young adult and moves out. Ace is Lazy and Moira is clingy.

Rashida spends time with her little sister before her makeover

Ronald chats with the bear

Ace does the dishes

Moira plays in the tent

Delaney becomes Self absorbed as a young adult and moves out. Moira is cheerful

Moira works on her mental skill

Yoko meets up with her next baby daddy Rex

Ace works on his social skill

Ronald and Moira play chess together

Lambert enjoys playing in the tent

Moira does some science

Ronald becomes Active and Moves out. Ace likes caring for the environment and wants to be a bartender.

Yoko met up with her next baby daddy Jimmie.

Jacob chats with his little brother

He also does flashcards with him

Natasha has fun jumping in trash

Melanie does some dancing too

she works on Ashton’s thinking

Jacob becomes a Young Adult and moves out. He rolls the music lover trait

Melanie puts out a fire

She meets up with her next baby daddy Cody

Ashton becomes a child and rolls the Geek Trait

Melanie does some exersize

He plays the Piano.

The triplets are born. Aric is the one who loves Grey. Ashley is in Violet and Annabel is in orange.

Adam had fun spying on the neighbours

The triplets are soon toddlers. Aric is excitable and loves being outside.

Annabel is Brave and Exictable

Ashley is clumsy and easily impressed

Arabella plays with her dinosaur toy

She also taught him to use the potty Olive and Omar work on thier imagination

Omar works on his communication whilst Olive starts her potty training

Omar works on his thinking

she meets up with her next baby daddy

Rhea does her homework

Everyone has their birthday. Josie moves out. Her traits are cat lover, jealous and bro. her aspiration is strangeville mystery.

Josie plays with her little sister before leaving the house

Melanie has a great reputation despite the fact she has 17 children with a variety of diffrent dads.

Olive and Rhea do thier homework

Meet the next baby daddy Auburn

Yasmin works on her imagination

Melanie works on her daughter’s skills

Caitlin runs on the treadmill

Josie works on her social skill

Caitlin is a big help with the triplets

Melanie meets up with her next baby daddy

Birthdays. Octavia is the red head

More birthdays. Caitlin moves out. Her traits are: child of the ocean, materialistic and genius. Her aspiration is friend of the world

Marc was soon a child who no longer eats meat

I got my report card

I did some cooking

Marc and Malcolm are still close

Look at our big surprise, Meet the triplets Melvin, Mary and Molly.

I had my birthday

Malcolm was soon a child too

I did some repairs

Melvin is the one that gives us the most exersize

I did some research

I graduated with a final GPA of B.

Dad and Grandpa are quite sporty and love to play catch with the flying disk.

Mugsy loves to use the slip and slide 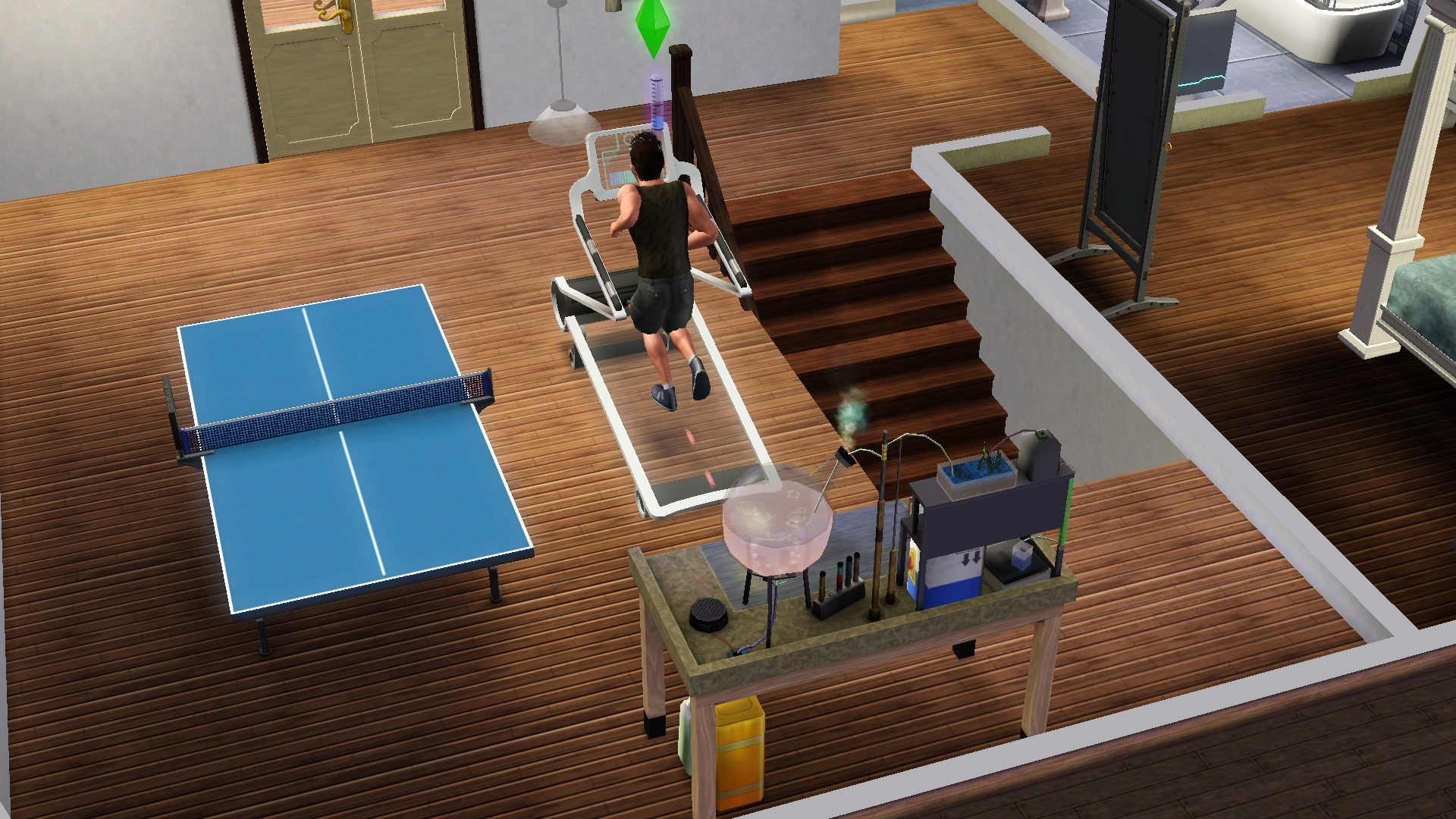 He also likes to keep fit by running on the treadmill

I love to cook and experiment with different ingredients.

I am doing well at work too and I get to cover when teachers are off due to sickness or other reasons. 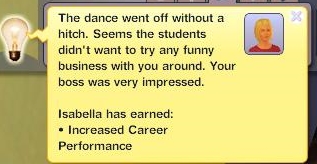 I sometimes even chaperone school events such as dances 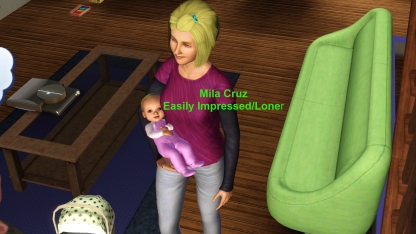 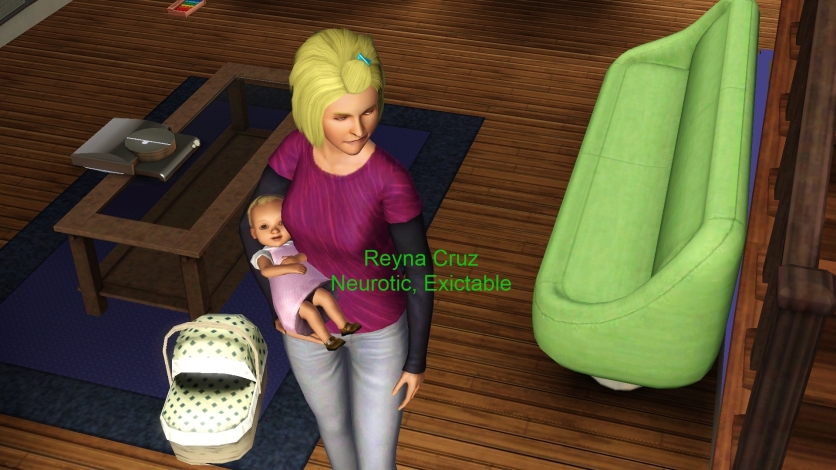 Before I knew it I went in labour, we wanted to be surprised so had no ultrasound and we were surprised, I had triplets, two girls Mila and Rayna and a little Boy Luis. Sadly there were complications and I am now unable to have any more children but I think three is more then enough. 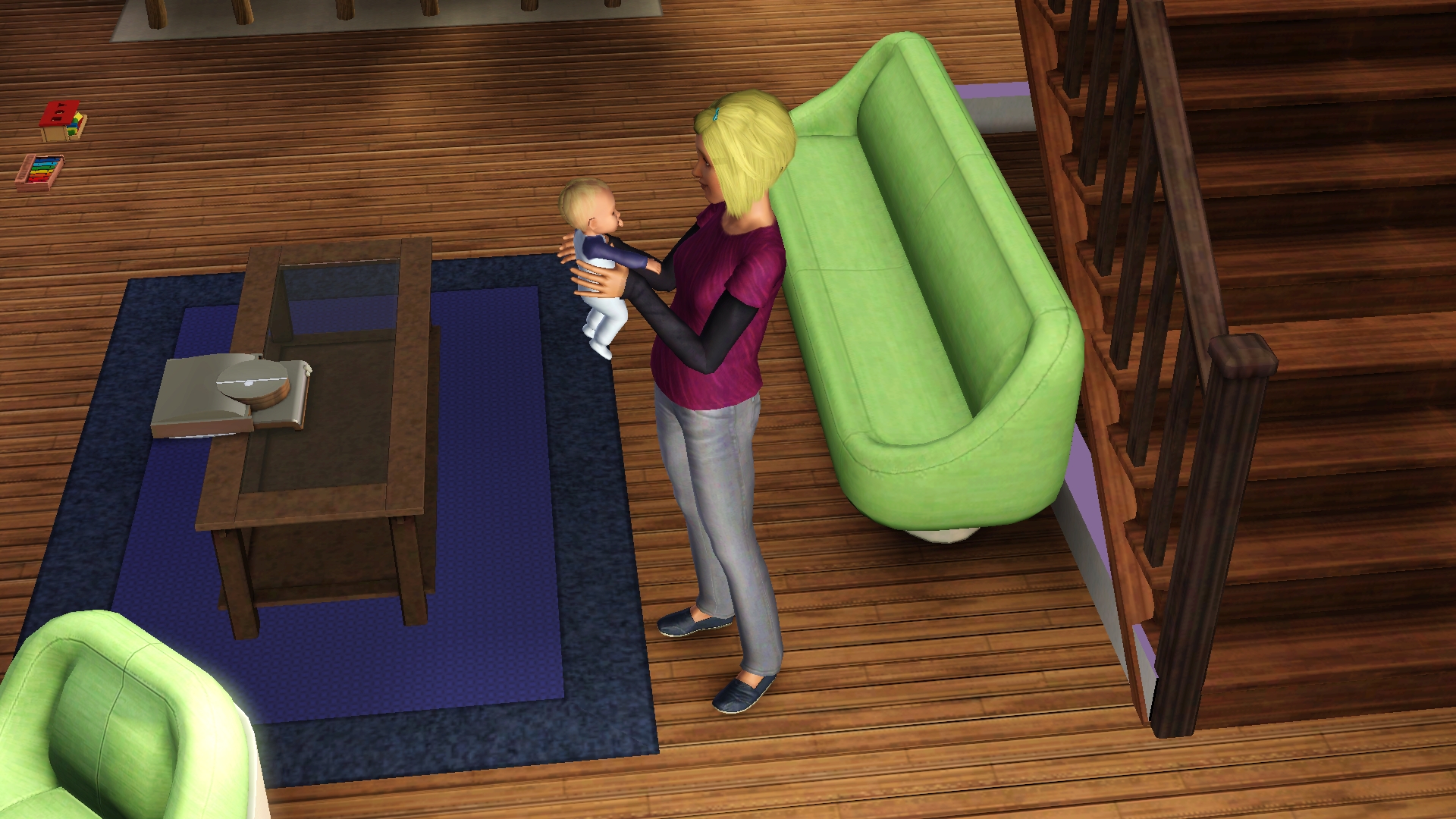 Luis can be quite fussy but loves to be played with. 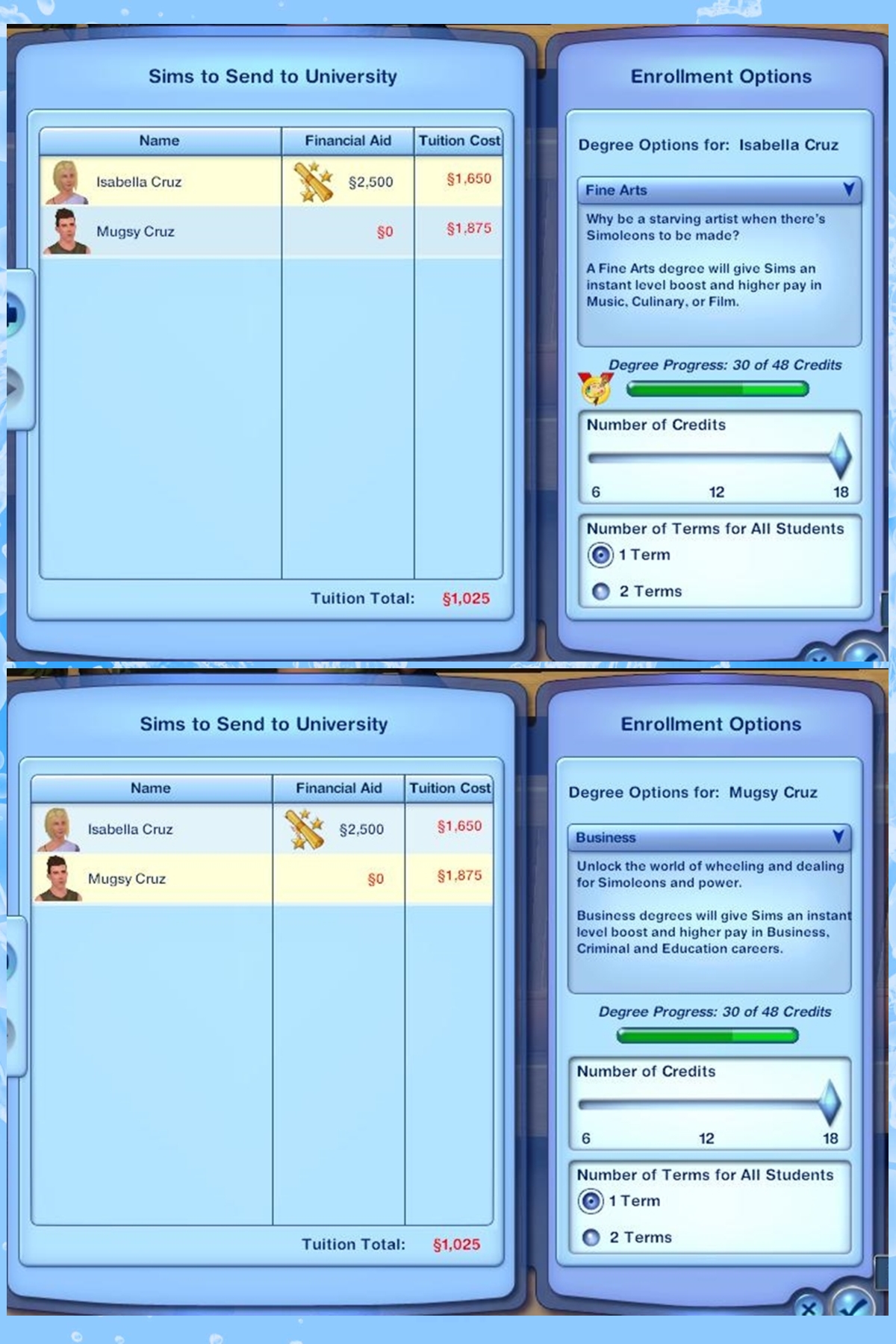 The school needed a teacher who could teach arts and I had enough credits to do the course in six months so I headed off to University again as did Mugsy who only needed to finish his degree. The triplets were now nine months old and my parents and grandpa offered to care for them so we were off hopefully for the last time.